The stories Jesus told were radical 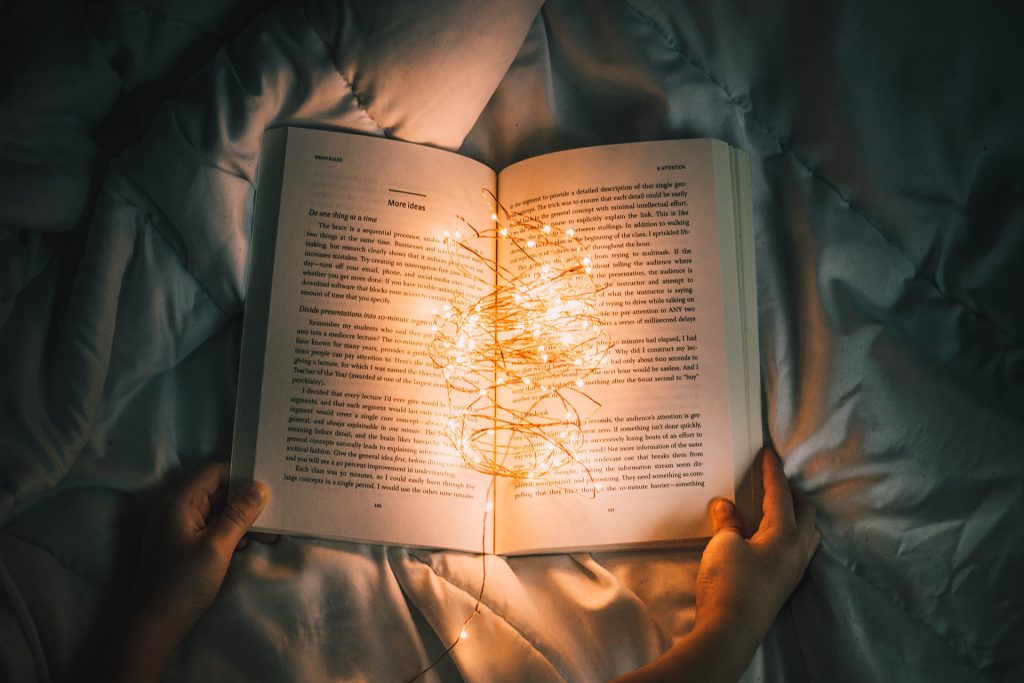 With all the noise and media and technology around us today that is constantly absorbing our minds and distracting us, you may not have thought about this, but 2,000 years ago, a quiet Galilean carpenter appeared who was a game changer. The stories Jesus told were radical and shifted the current manner of thinking about doing things.

We’re beginning a sermon series called “Game Changers—The G.O.A.T. In Your Story.” It’s a series that looks at the stories Jesus told and how they connect with our stories today. Jesus was a game changer.It looks at how they changed the game in Jesus’ world, but what really excites me is how they still change the game right now in the story of our personal experiences. I’ve entitled our opening message Shake Up! because that’s what Jesus did when He started telling His stories—Jesus shook up the worn out religion of His day. Get ready for a game changer.

Jesus’ kingdom brings new joy: Luke 5:33-35
Please open your Bibles to Luke 5:33. This short passage of seven verses contains the first recorded parables of Jesus. A parable is what the people of Jesus’ day called a story with a lesson in it. But don’t tune out because the stories Jesus told were radical. They challenged the cultural norms of the day. They shook up the rituals and traditions the scribes and Pharisees had taught the people and liberated them from the narrow think-ing that had been imposed on them. They were game changers then, and they are still game changers today.

The big idea in these three verses is #1, Jesus’ kingdom brings new joy. Why? Because Jesus Himself is with us. The question about fasting is interesting, because one of the things the rabbis had made a test of piety was fasting. That’s why when the Pharisee prays in Luke 18, he says, “I fast twice a week.” They had developed a practice of fasting on Monday and Thursday of every week. They had a tradition that Moses began his 40-day fast when he was on Sinai with God on Thursday and ended it on Monday, and they also wanted to keep the fast days as far from the Sabbath as possible. But it had become a way to earn spiritual brownie points, and Jesus changed the game. When He asked, “Can the friends of the bride-groom fast while the bridegroom is with them?” He was basically saying, “I’m the bridegroom, the Messiah has arrived. The game has changed.”

So what’s the point? First, we should not do things merely from tradition. The stories Jesus told were radical! It is never valid to do anything just because that’s the way it’s always been done or because everybody does it that way. Unless we have a clear “Thus says the Lord” in the Bible, there are a lot of things up for grabs. The order of the worship service, for example. We can change that any time we want, and maybe we should. More on that later. The songs we sing. Just because young people want something different, doesn’t mean it’s wrong. Just because we’re used to something and like it, doesn’t mean it’s best or right. In fact, second, Jesus’ presence requires a new response. When the bridegroom is there, you don’t behave as normal. In fact, to fast and mourn while the bridegroom is present would be the ultimate insult, so you celebrate, you revel in the joy of the moment. It’s ok.

Now does that mean you should never fast? Of course not. It just means there is an appropriate time for everything. When the wedding is on, be joyful, honor the bride and groom with happiness. When the wedding is over, then there will be plenty of time to fast. So let’s remember to be joyful. All this serious and solemn and quiet worship does not honor Jesus. Can I be honest with you? I wish our times together were a lot more expressive of joyfulness. What I don’t understand is how we can be such a multi-cultural congregation and yet worship almost as quietly as Quakers. Where’s the joy? Where’s the expressiveness? Why don’t you people loosen up a little? I think a lot of people are looking for that. Jesus shook up the Pharisees, and maybe He’s trying to do that for us, too.

Not only does Jesus’ kingdom bring new joy, it also brings new structures. Why? Because the stories Jesus told were radical. In Luke 5:56, Jesus is comparing the structure of Judaism to an old garment, and the structure of His kingdom to a new piece of cloth. There are several insights here. First, although the old served well, it gets worn out. We tend to go to extremes, and many times when we see the old, we automatically think negatively of it. But let’s remember it had a function and a purpose and served well and met a need, often for a long period of time. So let’s respect that and value that, while at the same time recognizing that everything gets old and wears out and then it needs to be freshened up or replaced. This is not my crusade, but again, an easy example for us all to relate to is the worship service. We come up with a good order of service and we use it and we’re blessed. But after awhile, it becomes a familiar routine, it becomes just a mere ritual. Honestly, it gets old and boring and doesn’t meet people’s needs or grab their interest after awhile. I

Furthermore, the new is incompatible with the old. Jesus said you can’t put a patch of new cloth on an old garment to try to fix it. It doesn’t work. Again, in a loving way, Jesus was trying to tell His own people of the folly of attempting to patch the old garment of Judaism with the new fabric of His kingdom. Why? Because the original spirit of Judaism had long since been lost by the majority of its followers and its life-giving principles and been replaced by forms. Again, the stories Jesus told were radical.

I want us to think about that in our own context. Is the Holy Spirit wanting to do a new work among us that is incompatible with what we’re so used to doing and are so comfortable with? I don’t have any specific examples, but that thought does linger in my mind. And last, trying to mix the new with the old makes the problem worse. When you read this same story in both Matthew and Mark, they talk about the new cloth only making the tear in the old garment worse. The implication is you have to let the old garment go, as much as you love it, and go with a completely new one. We have a very strong basis for being open to doing that very thing here, because it’s part of the vision statement God gave us as we fasted and prayed—risking everything in Christ. Are those going to be just words, or are we actually going to follow through on that and take some risks to allow the new to flourish? Listen to this: “Nor could the principles of Christ’s teaching be united with the forms of Pharisaism. Christ was not to close up the breach that had been made by the teachings of John. He would make more distinct the separation between the old and the new.” (Desire of Ages, page 278). Are we open to that same principle today? This is a shake up, church. It’s a call to humbly and prayerfully allow the Holy Spirit to change the game for us.

Jesus’ kingdom brings new joy, it brings new structures, and it brings new teachings. Jesus switches from talk about clothing to talking about wine and wineskins to make His last point. Look at verses 37-39. When you trace the symbolism of wine throughout the Bible, you learn it represents a set of teachings. Here in the Gospels, the wine Jesus refers to is His own teachings. Notice He calls them “new wine.” In other words, Jesus’ teachings are new and fresh and liberating – the stories Jesus told were radical! I think it’s appropriate since we just celebrated the 4th of July in honor of liberty and freedom, to note Jesus was setting the stage for freeing the people from slavery not only to the dead forms of the Pharisees, but also to sin. He was, as Isaiah 61 says, proclaiming liberty to the captives. This may seem contradictory, but it’s important to point out Jesus’ teachings were really not new, but restoring the original truth God had given His people which they had lost sight of because of all their rituals and traditions. If you are feeling bound up in your life by something, Jesus and His teachings can be your game changer. Jesus can liberate you, but more than that, He wants to liberate you. He wants to change the narrative in your life. He wants to make it rich and deep and whole instead of cheap and shallow and broken. He wants to be the G.O.A.T. in your story.

Dear ones, and young people especially, that can be you, no matter what handicaps or challenges you may face. Shaquem Griffin was born with Amniotic Band Syndrome, a condition in which his left hand developed irregularly. At the age of four, Griffin had his left hand amputated. This setback did not discourage Shaquem and his twin brother, Shaquill from their dream of playing professional sports to-gether. Growing up in Central Florida, Griffin ran track and played baseball and football. Despite his disability, Griffin’s football skills caught the attention of the University of Central Florida football program, where he and Shaquill both played. In the 2018 NFL Draft, the Seattle Seahawks drafted Shaquem, the team his brother was already a member of, making their childhood dream a reality. This past February, for his positive contribution to pro football and his community, and for inspiring young athletes all over the world that they can overcome their disabilities, Shaquem Griffin was named the winner of the Game Changer Award at the NFL Honors.

No matter what disadvantages you may have been born with or that life may have dealt you, you can overcome them. God wants to do that for you. Won’t you make this choice today: I will open my heart to the way Jesus wants to change me and let Him be the G.O.A.T. in my story.

If you’d like to get more involved at the Richardson SDA Church, let us know by creating a profile that tells us about you and what interests you.

Branding and Web design by eflat